Who’ll be next? Griffin miners fear more cuts after sudden loss of 20 jobs 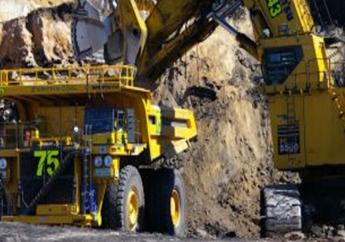 Mineworkers at Collie’s Griffin Coal fear more jobs may be lost in coming weeks after 20 labour hire workers were told this week their jobs were gone.

CFMEU Mining and Energy WA Secretary Greg Busson said the loss of 20 jobs was a kick in the guts for the local Collie community and lack of transparency around staffing changes was adding to workers’ fear that more job cuts are ahead.

“This week, 20 workers received letters to say they would be no longer required from Sunday,” said Mr Busson.

“Information about the job cuts has been woefully inadequate. The company has not met its requirement to consult with the workforce and the result is fear, uncertainty and rumour.

“With genuine concerns over the financial future of the company, the workforce deserves transparency around the current job losses and any further plans to cut jobs.”

Lack of investment in machinery maintenance at the mine has impacted on operations. One of four digging units is now out of service, directly leading to the loss of the 20 jobs.

Mineworkers supported the future of the mine by taking a substantial pay cut at the end of 2017. However, to date, the company hasn’t done the right thing in return by being transparent and respectful with its workforce, said Mr Busson.

The Union has written to the company seeking an urgent meeting to discuss the job losses and further anticipated changes to staffing levels.

“Our members are very concerned. We are calling on Griffin Coal to come clean with workers about what they should expect in the months ahead.”