Anniversary of Gretley disaster of 1996 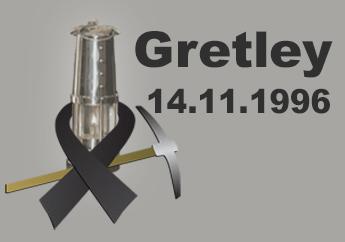 November 14 marks the anniversary of the 1996 Gretley disaster, when  an inrush of water tragically killed 4 underground mineworkers.

When they unknowingly dug into an older flooded mine, an inrush of water swept them to their deaths.

Our Union drove the push to get to the bottom of what happened at Gretley and within three weeks of the disaster an Inquiry was established that found the deaths were preventable.

43 Recommendations came from the Gretley Inquiry that led to many important reforms. While we mourned the loss of the miners we made sure that the lessons were learned, and out of this tragedy have come measures to ensure it can never happen again.

It is important that we never forget the mineworkers who have been killed at work or suffered serious injury or illness. Nor should we forget the pain and heartache suffered by their families, friends and workmates.

“The passage of time never truly diminishes the grief of those affected by the loss of a loved one. An inquiry or an inquest may mark the end of proceedings for some, but for the next of kin, it will never be over.” (Peter Jordan, Northern District President)
R.I.P.