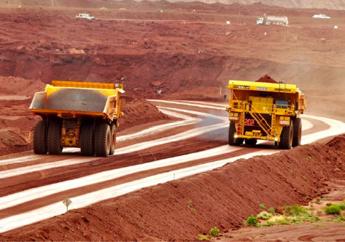 BHP faces community backlash if the introduction of autonomous vehicles at its Goonyella Riverside coal mine leads to job losses, the Miners Union said today.

The company has announced a major deployment of 86 autonomous trucks without informing the workforce or conducting a trial, said CFMEU Mining and Energy Queensland President Stephen Smyth.

“BHP can choose to put the interests of the workforce and local community at the centre of their automation strategy or simply chase profits by replacing good local jobs with robots,” he said.

“By failing to engage in any consultation or provide information to the workforce, they appear to be chasing profits at the expense of workers.

“At the end of the day if this industry is just creating dust and traffic without generating good local employment and economic activity, it will lose its social license to operate.”

The Union is calling on BHP to commit to:

Further, the Queensland Government must insist that any automation project is accompanied by an economic impact statement that includes impact on local jobs and economic activity, said Mr Smyth. Where automation programs do lead to job losses in local and regional jobs, additional royalties should be collected and provided to the local communities. Diesel rebates should also be withdrawn where vehicles are not operated by workers.

“We understand that mining companies will push to maximise their profits at every opportunity,” said Mr Smyth.

“That’s why we need governments to step up and make sure that these companies earn their social license to operate. That includes understanding how communities will be affected by automation and intervening to make sure regional Queenslanders don’t pay the price.”

Mr Smyth said it sent a chilling message to workers that BHP was moving to automation at the same time it was driving down wages with its new in-house labour hire subsidiary Operations Services.

“This industry must do more than just generate ever-bigger shareholder dividends and executive bonuses. If workers and communities don’t benefit from mining, why would they support it?”