Beating the FIFO blues: will a mental health code work? 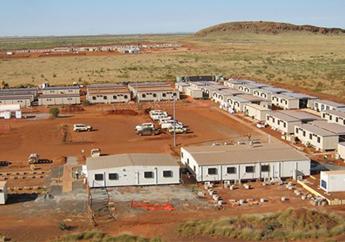 Steve Holder loves his job as a BHP iron ore train driver in the Pilbara, so much that he’s been flying across to the Pilbara from regional NSW every fortnight for 11 years.

What he hates is turning up to the same Port Hedland camp each fortnight, staying in a completely different room each time and being subjected to a raft rules and regulations that make it difficult to rest, relax and socialise.

“I love my job, I love driving trains, but it’s so depressing to come up to this camp to know that you have no rights any more, you have to abide by all these rules and procedures, and live out of a bag.”

Western Australia has become the first state to develop an industry code of practice for mentally healthy workplaces for FIFO mining and construction workers. It is a great development that is rightly being hailed as an important step forward for FIFO workers.

But workers are worried that mining companies won’t make the necessary investment to reduce alarming levels of psychological distress among FIFO workers.

One of the key findings of the research and a key recommendation of the code is that workers are able to stay in the same room each swing in a ‘home away from home’, rather than the common practice of ‘motelling’ where workers are continually moved around.

“Those with permanent rooms report better mental health and wellbeing outcomes that other accommodation arrangements, eg motelling,” the code says. Steve and his fellow train drivers have been pushing BHP for years to provide them with permanent rooms at the Port Haven Camp. Like many FIFO workers, Steve spends more time at camp than he does at home with his family. He’d like to hang pictures of his family on the wall and store belongings, rather than have to pack up all his belongings and go to a new room each time.

Compounding the challenges for train drivers is their staggered roster which means they don’t work the standard 0600 to 1800 shift that camp life is organised around for meals and recreation.

BHP says no to permanent rooms, even though the camp is never full.

“BHP moves mountains, surely they should be able to work out to put people in camp in permanent rooms,” says Steve.

“They can have ‘R U Ok’ barbecues, but if I say I’m not ok because I’m sick of living out of bags, they ignore it.”

Apart from accommodation, the code covers a range of issues including work design, shift length, ability to socialise, travel arrangements and communications.

Unions WA Assistant Secretary Owen Whittle said the code was a significant breakthrough for WA’s FIFO workforce, which has been shaken by high rates of suicide.

“The code is an unprecedented step forward and we welcome it very strongly.

“The industry is on notice that it needs to take mental health a lot more seriously. It’s important that we have it in the official document in writing that hotelling is harmful and that poor communications affect people’s health.”

With ample information and clear guidelines in place, the ball is now in the court of employers and regulators to make sure conditions improve, he says. Otherwise, unions will push for the voluntary code to become legally enforceable regulation.

Western Mineworkers Alliance Organiser Andy Smith, who represents Rio Tinto mineworkers across a large inland region of the Pilbara, says the quality of camps varies enormously from one to the next even though they are all operated by contractor Sodexo.

The most common issue raised by members is lack of reliable phone and internet access to communicate with family.

“This is brought up consistently,” says Andy. “Without phone or internet reception you can’t keep in touch with loved ones. With shift work, they only have a narrow window and if you can’t get phone reception at that time you might lose that window for the day. “It could be days before you get to speak to your family.”

Another bugbear is poor and declining quality of food, with the meal budget per person getting smaller and smaller with cost-cutting. It’s now common for FIFO workers to turn up for their swing with two bags – one with clothes and another with food to supplement what’s on offer at camp. Then there’s the constant challenge of poor maintenance on room facilities like air conditioners that affect workers’ ability to sleep between shifts.

“The code is a vast improvement on what was available previously,” says Andy. “But it’s only as good as the companies will take it seriously.

“Experience and history shows that these companies are not interested in substantially improving the quality of camp life for their employees – if anything they are interested in decreasing the cost of camp life.”