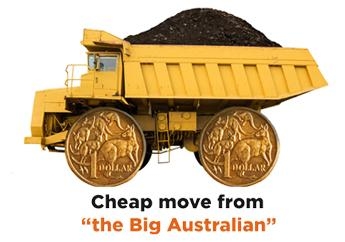 What happened in the Fair Work Commission?

The full bench of the Fair Work Commission has upheld CFMEU Mining and Energy’s appeal against the Commission’s approval of two enterprise agreements – the OS Production and the OS Maintenance Agreements.

The Commissioners agreed with us that genuine agreement with the workforce had not been demonstrated and that the agreements may not pass the ‘better off overall test’ compared with the Black Coal Mining Industry Award.

Why is the CFMEU opposed to the Agreements being approved?

The Union has opposed approval of the Operations Services agreements because:

BHP now has another opportunity to have the agreements approved by the Full Bench of the Fair Work Commission. BHP may need to give ‘undertakings’ to improve aspects of the agreement in order to win approval.

If the Agreements are not approved:

How do the OS agreements compare with BHP site agreements?

Operations Services workers do the same work and deserve the same pay as BHP EA workers. Genuine bargaining with strong CFMEU representation can close this gap.