Canavan and Nationals have nothing to offer coal miners but fear 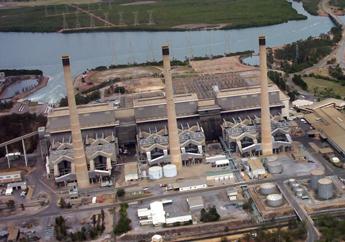 Resources Minister Matt Canavan and National Party MPs are trying to whip up fear among coal mine and power workers for their own political benefit but have nothing to offer when it comes to jobs, CFMEU Mining and Energy said today.

“Queensland has the newest fleet of coal-fired power stations in the country and they’ll be in operation for decades to come,” said Mr Maher.

“Some coal-fired power stations in NSW and Victoria face closure much sooner – their owners have said so. We’ve seen the devastating impact of the sudden closure of Hazelwood in 2017, which this government did nothing to prevent.

“The Just Transition Authority stops owners of power stations closing them down at short notice and makes them invest in pooled redundancies and new jobs.

“If Senator Canavan really cared about power station workers, he would be in the Latrobe Valley today announcing a jobs package for workers and community members affected by the Hazelwood closure.

“But the only jobs he’s interested in are those of his National Party mates in Queensland.”

The Just Transition Authority has nothing to do with Adani, approvals of coal mines or hastening power station closures, said Mr Maher.

“The Nationals’ record on supporting coal mineworkers speaks for itself. They have overseen the mass casualisation of our industry and lied about fixing it. They have nothing to offer but empty rhetoric and a feasibility study that everyone knows is a con.”