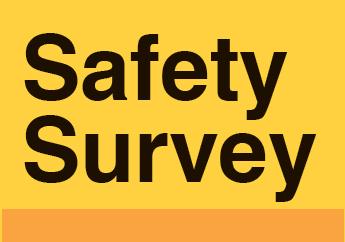 Declining job security in coal mining has been identified as a major mine safety risk factor in a new survey of over 1,000 Queensland coal miners, as the state’s mine safety reset enters its second week.

Nearly nine in ten coal miners said that casualisation of jobs at their work site has affected safety, in the survey conducted by the Miners’ Union. Coal mining has experienced a widespread move away from permanent, direct employment by operators to casual jobs supplied by labour hire contractors over the past five to ten years. Permanent employees are now a minority at many Queensland coal mines.

About four in ten survey respondents said they feared reprisals if they spoke up about safety, increasing to six in ten for casual mineworkers. In a sentiment supported by many, one coal miner said the best way to improve safety was:

“Give permanent shirts so people are not as stressed with the uncertainty of being sacked. They will have their minds on task, therefore improving safety and people won’t be showing up to work sick, tired and unfit for work just so they don’t miss a day’s pay.”

Eight in ten workers nominated production being valued above safety as a top concern, with six in ten saying they didn’t believe safety was the top priority for site managers.

“No-one is told that the reason they’ve been sacked or disciplined is for raising a concern over safety – but workers can see what is happening,” said Mr Smyth. “They are labelled as whingers and moved on or otherwise victimised. We need 100% of mineworkers to feel confident they can report safety issues without fear.

“These results reflect what we hear every day from mineworkers on the ground and they are a poor reflection on the industry. You can’t have an insecure, vulnerable workers and a ruthless focus on production and expect there will be no consequences for safety.

“With the state-wide safety reset entering its second week, it’s obvious that some operators are taking it very seriously and allocating adequate time and effort, while others are glossing over the issues.

“There’s no room for complacency. It’s clear that workers at the coal face don’t believe companies are making safety their number one priority – operators must take this opportunity to show they are committed to change.”