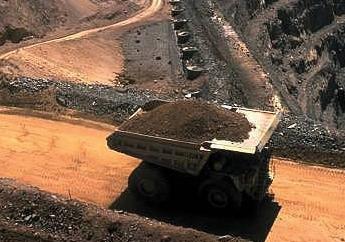 The union representing coal miners has issued an urgent call on mining companies to redouble their checks on windrows at open cut mines after a spate of safety incidents, including a fatal accident.

Windrows are barriers built from earth designed to stop vehicles falling down edges within a mine. In Queensland they are called 'berms'.

A haul truck went through a windrow resulted in a miner's death at a quarry in WA last month, and this month a miner in Queensland was trapped for hours after his truck rolled from the top of a dump more than 30 metres high.

"The size and weight of newer trucks means they have far greater speed and momentum, meaning the integrity of windrows has never been more important," Mr Busson said.

"If you get a situation where you need a windrow and it fails – you don't tend to get a second chance.

"The width of windrows is a critical element that is too often overlooked, because companies tend to focus on height alone. Regulation windrow height doesn't matter if the width is too skinny to withstand contact with a vehicle.  Don’t let complacency be your downfall.”

"In an ideal world companies would dedicate adequate resources to maintaining and checking windrows. That simply doesn't happen currently and it's putting lives at risk.

"Given the super profits generated by mining, we believe it is entirely appropriate that companies dedicate greater resources to ensuring windrows are maintained to the highest standard."