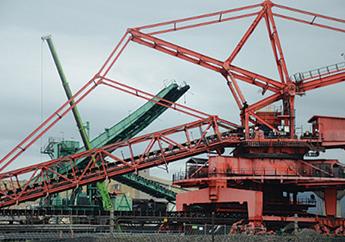 CFMEU National President Tony Maher has called on the management of Port Kembla Coal Terminal (PKCT) to immediately cease coal loading, given serious doubts about safety of the site in the wake of a horrific accident last week.

A coal truck driver is fighting for his life in hospital after losing his leg. Union workplace health and safety representatives were initially denied access by security guards despite having legal rights to inspect the site.

Today, Mr Maher wrote to the regional head of South 32, which manages PKCT, urging a halt to coal loading.

“Ongoing industrial action at the terminal, extended by a new lock-out beginning today, has meant the permanent workforce, including union Health and Safety Representatives, have not been on site for two months,” Mr Maher said in the letter.

“The union has received no response to its Provisional Improvement Notices. We are alarmed that coal loading is continuing in the current circumstances.

“We urge the PKCT management team to cease operations until a thorough risk assessment has been conducted, with assistance from union Health and Safety Representatives.”

“If coal loading continues, we fear someone else will be hurt,” said Mr Webb.

“We have been given no indication from management that safety systems for rail receival and loading have been audited.

“We think there's a very good chance PKCT is operating unsafely, it should stop immediately while we sort this out properly.”

PKCT has issued a new lock out notice for workers until 7am, Tuesday 2 April.