Is this coal mine the worst labour hire rip-off going? 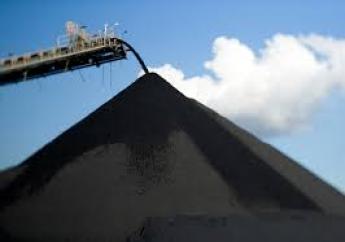 Use (or misuse) of casual labour hire is out of control across coal mining. In NSW, about a third of workers in underground coal mines and half in open cut coal mines are supplied by labour hire contractors.

But there is no more extreme example than Wongawilli Colliery in the NSW Southern District – and workers have had enough.

The mine operators Wollongong Coal, owned by India’s Jindal Steel, have outsourced the entire production and engineering workforce to contractors CAS Mining.

The Wongawilli workforce of nearly 100 mineworkers is 100% casualised, with the lowest pay rates in the district. The CFMEU is trying to fix this appalling state of affairs by negotiating an enterprise agreement with better pay and industry standard conditions. It would be the first enterprise agreement for the CAS Mining employees, with workers currently employed on common law contracts.

Members have voted to take industrial action to further their claim.

The arrangement between CAS and Jindal Steel’s Wollongong Coal exposes the rort surrounding the use of labour hire in the industry, says Southwestern District Vice President Bob Timbs.

“Wollongong Coal holds the purse strings and CAS has to run everything by them, down to what clauses they can have in their agreement. If CAS is genuinely the employer, they should be able to negotiate it themselves.”

Despite being employed as casuals who do not receive annul leave and sick pay, Wongawilli mineworkers have to fill in a form to take annual leave and are often knocked back and have to provide a medical certificate if they take a sick day. If workers take too many sick days, they are sacked.

“These workers are casual, underpaid, stood over and have zero rights,” said Mr Timbs.

“They are hundreds of dollars a week worse off than permanent workers in surrounding mines.

“Our aim is to get them a decent pay rate and industry standard conditions like accident pay, annual leave and sick leave – it’s nothing out of the ordinary, it’s just what others have and they deserve.

“This is classic exploitation of local workers by a mining multinational. Wongawilli is a perfect example of why we need to change the rules to protect workers.”