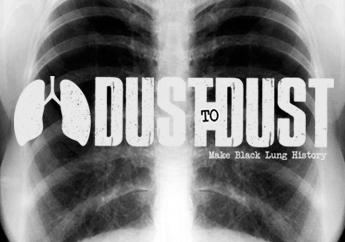 The Queensland Government’s commitment to reducing mine dust levels announced today will save lives by reducing future cases of mine dust lung disease.

The CFMEU Mining and Energy Queensland District has been leading the campaign to reduce exposure limits for respirable coal dust in the state’s mines and is pleased the government has taken action.

However much more is needed to diagnose and support workers already suffering from mine dust lung diseases like ‘black lung’, silicosis and emphysema, said CFMEU Mining and Energy Queensland District resident Steve Smyth.

“Tragically, poor management of dust levels and medical assessment or workers has seen a sharp rise in workers being diagnosed with chronic and fatal mine dust lung disease,” said Mr Smyth.

“The only way to reduce the future incidence of mine dust lung disease is to cut the levels of dust workers are exposed to and we are pleased the Queensland government has listened.

“CFMEU Mining and Energy members have been campaigning for changes to dust levels for three years, since black lung has re-emerged in our state.”

Mr Smyth said the changes on dust regulations were a first step but more needs to be done to match world’s best practice on managing the risks surrounding coal dust and silica.

“We know black lung is a condition with no cure so prevention is the key to reducing the incidence of this disease,” Mr Smyth said.

“It is a matter of great sadness for CFMEU Mining and Energy members that too many of our retired members succumb to black lung in their later years.”

In addition to lowering dust levels, the CFMEU is campaigning for: