Extra 15 minutes adds up to $3m backpay win at Coppabella 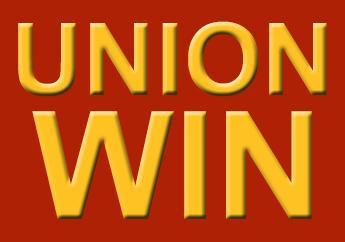 Mineworkers at Peabody’s Coppabella mine in central Queensland are set to receive a backpay windfall after the Fair Work Commission found that a requirement to attend the site office 15 minutes before shift for preparations and transport was work time.

The legal win in the case brought by CFMEU Mining and Energy will deliver hundreds of affected workers up to $15,000 each and is estimated to cost Peabody some $3 million in total.

At Coppabella, a change instituted in 2016 required workers to attend the main administration building 15 minutes ahead of their 6am or 6pm shift start to complete preparatory tasks like swiping in, collecting PPE, finding out the nature and location of their work for the shift before being transported to their on-site pre-start briefing.

The majority of employees were not being paid for the 15 minutes prior to the start of their shift.

The Commission’s Deputy President Asbury said Peabody’s requirement for workers to be at site, logged in, performing tasks at the employer’s direction and effectively available for work meant they were working and should be paid.

"The employees are not engaging in the private activity of travelling to work,” she said.

"In order to obtain that additional machine operating time, the employer requires employees to be at the main administration building at 5.45am/pm and it should pay them from that point."

Queensland District Legal Officer Chris Newman said the decision was significant in clarifying the nature of ‘work’ that should be paid by the employer and could be relevant at other mine sites and even across other industries where employers required compulsory attendance or tasks to be completed before shift starts.

District President Stephen Smyth said the millions in backpay was the direct result of union members standing up to a multinational mining company over unfair work practices.

“It is through union members running and funding this dispute that we have had a great $3 million win at Coppabella.

“Everyone who receives the payment should take a moment to thank a union member. Even better, join the union. This win is another reminder that it pays to belong.”

Peabody has 21 days to appeal the decision.