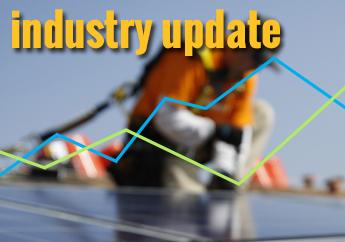 Green jobs are not necessarily good jobs. Something this union and others have been saying for years but now there is new international research that backs us.

There have been many breathless statements and research over the last two decades about the growth of green jobs in new industries. Which hasn’t automatically appealed to us because most workers would prefer that their current job be made more sustainable rather than have to relocate to a new one.

There has been the nagging concern that some of the new jobs aren’t that great. Sorting waste material for recycling is a worthy job, but it isn’t highly skilled or well paid. And promoting tourism as alternative employment to coal mining hasn’t appealed either – there are endless stories about how badly paid and insecure a lot of tourism and hospitality jobs are.

In September new international research by the Business and Human Rights Resource Centre was released that examines the human rights policies and practices of renewable energy companies. It followed earlier research in 2016 that was spurred by a growing number of complaints against renewable energy companies, especially in developing countries: Renewable Energy Risking Rights & Returns. The recent research found that just 5 out of 59 major solar, bioenergy and geothermal companies meet four basic criteria to protect communities and workers in their projects. Almost half appear to have no basic protections in place. Their record on respect for union rights – on freedom of association and the right to bargain collectively – was especially weak.

Further, some of the companies that did have detailed human rights policies also had a track record of more allegations of human rights abuses – showing a  disconnect between policy and practice.

The Electrical Trades Union in August publicised the case of foreign workers being brought into the county to work on solar PV farms for less than $40 per day.

That renewable energy companies engage in exploitation of workers should not surprise anyone – they are in business to make profits and their shareholders come a long way before their workers. Just like mining and energy companies. Preventing exploitation requires three things – good labour laws, good enforcement of those laws and good unions with the rights to organise workers to protect their interests.