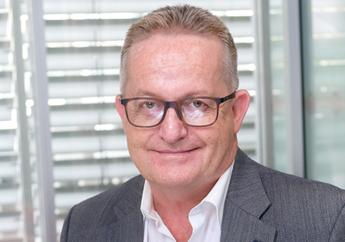 If you want confirmation that our politics on energy and climate is truly cooked, look no further than the febrile reaction to BHP's announcement that it intends to work with customers along its supply chain to reduce carbon emissions.

A Liberal MP declared BHP is drunk on climate change "kool-aid" and wants to "demonise" coal.

A Liberal Senator claimed BHP should be "leaving public policy and things of that nature to those that are actually elected to try and pursue it.”

And a leading conservative columnist has claimed CEO Andrew McKenzie is spending "other people's money to buy personal cachet", because he "craves adulation."

All this because of a solid PR move representing a sensible approach for a company looking to sustain demand for its high-carbon products.

It shows just how far Australia has drifted away from a pragmatic, rational, and effective response to the climate challenge and into culture wars la-la land.

But while the current BHP storm is all about the irrationality of the far right, we should understand that green activists have played an equally large role in kicking up ideological sludge and muddying the political waters.

Many Australian environmental activists, including the Greens Party, have made a very deliberate call to target Australia’s coal export industry, with Adani as its proxy.

This decision to make the development of a single Queensland coal mine the test of Australia’s commitment to climate action has drawn attention away from the government’s performance on reducing domestic emissions. It also runs counter to the Paris Agreement, which is built around the principle that nations are responsible for their own emissions.

This is not a minor point. If the proposition during Paris negotiations had been that developed nations dictate to developing nations what their energy mix should be, there would be no global agreement at all.

But without ever having the intellectual honesty to admit that they are rejecting the Paris Agreement, this is exactly what many green activists are doing.

Why target the export coal sector when Australia has had so little success on its own domestic emissions? Australia isn’t going to meet existing 2030 emissions reduction targets let alone anything stronger.

It makes no sense to campaign on reducing emissions in India and China when we are doing such a poor job here at home. It’s the job of those countries to reduce their emissions, not ours. An Australian campaign to deny them coal wouldn’t reduce global emissions. They’d just grumble and buy it elsewhere.

Targeting export coal is a quixotic nonsense that has served only one purpose: completely alienating the 250,000 Australians who are dependent on the $60 billion industry. Coal is Australia’s second largest earner after iron ore. Our economy is so dependent on coal that the Aussie dollar dipped at the first hint of China delaying a coal shipment.

With demand forecast to grow for some time yet, our export coal market is not going anywhere in a hurry.

Now certainly our coal customers may make future decisions about meeting their Paris targets, which will affect thermal coal exports in the decades ahead. BHP’s announcement speaks to the reality of that globally.

Australia will have to manage the consequences of any future reduction in demand for our coal. But it’s impossible and counterproductive to tell workers in an export industry that’s currently growing and profitable that they should just accept their six-figure jobs are over today.

Green groups thought they could blithely target the export coal sector, without bothering to provide any explanation of how the economic hole could be filled. They figured the concerns of mining communities would be covered by some empty rhetoric about ‘just transition’ and renewable energy jobs.

The problem is that Australian workers have never seen what a real ‘just transition’ looks like. Workers who have been through industry restructure in the past know the standard practice is they cop it in the neck. Australia’s track record in industry restructuring has been a depressing rule of thirds: about a third get decent new jobs, a third get rubbish jobs, and a third get no jobs at all.

Contrast this with Germany, where they phased out their black coal industry from 90,000 jobs to near zero without a single forced redundancy. This kind of approach requires careful planning, strategic investment, and respect for working people.

Environmental activists are apparently not interested in any of those things. They are content to just airily promise jobs in renewables, without bothering to understand what those jobs actually are. Coal workers know there aren’t actually many ongoing jobs in renewables operations. And the ones that exist are generally casual and low-paid.

We might well shake our heads at the lunar right who pretend to champion coal, but offer no plan about its future. But they are hardly the only ones to blame for our mess.