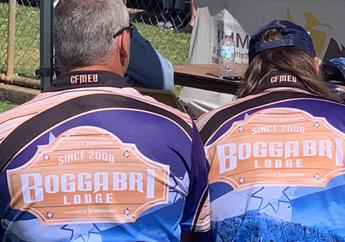 Mineworkers at Idemitsu’s Boggabri Coal have been issued a lock out notice for nine days, after they voted down a substandard pay offer.

The lockout commenced at 6pm Friday and continues until 6am on Monday 2 December.

CFMEU Northern Mining and NSW Energy District President Peter Jordan said the nine-day lock out was a heavy-handed response to workers rejecting the company’s unreasonable offer for a new Enterprise Agreement, with site management refusing to meet the Union after the vote to discuss a resolution.

Workers have been taking rolling industrial action for two months trying to secure pay and conditions in line with Idemitsu’s other coal mines at Muswellbrook in the Hunter Valley and Ensham in Queensland.

After voting this week, workers overwhelmingly rejected the company’s proposed EA with an 88% ‘no’ vote.

“Workers at Boggabri are not asking for anything that isn’t already provided to workers at Muswellbrook and Ensham,” said Mr Jordan.

“Boggabri produces top quality coal and there’s no reason why these workers should be treated differently, with worse pay and conditions, just because they are in the Gunnedah Basin.

“The 88% no vote sends Idemitsu a clear message about workers’ views.

“The company’s heavy-handed response with today’s lock out has only strengthened workers’ resolve to achieve the fair pay and conditions they deserve. They have the Union’s full support.”