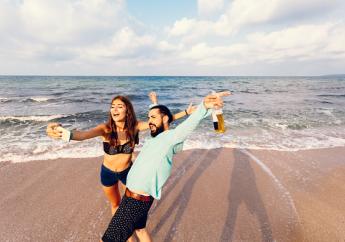 Social media is a popular way to reconnect with old school friends (yep, even the ones you lost touch with on purpose) and share pics of your dream holiday.
But it has also become a popular way for a mining bosses to keep tabs on workers and find reasons to discipline or sack them.
Remember, if you’re reading this on Facebook there’s every chance Richard from HR is too. Here are our top tips for using social media without it coming back to bite you. “While using social media may feel casual and spontaneous, activity is permanently retained and can be traced back to you. We want you to be able to make good decisions and avoid activity that could result in negative consequences for you, such as criticism by external parties, personal information theft or disciplinary action by the Company.”

Sound threatening much? It’s from BHP’s code of conduct and it’s a good reminder about how seriously major companies take their employees’ social media activity. Make sure you read and understand your company’s social media policy which is likely to cover the following issues: don’t make comments that reflect negatively on your employer; don’t share confidential information; don’t comment on issues you aren’t authorised to.
While each company will have a different policy, they all boil down to this: be very careful about what you say online about your employer and workplace. If in doubt, say nothing. If you’re on a sick day, don’t post from your holiday house, ‘check in’ at the airport or share pics from a wild party. There may be a perfectly innocent explanation, but we have had members sacked over careless posts that suggested they weren’t spending their time in a manner fitting with their personal leave. If you can't stay away, stick to updates from your sick bed. Even though you’re not ‘friends’ with the boss on Facebook, always assume that your social media posts can find their way into the wrong hands. Believe us, they frequently do.

3.    Be extra careful during industrial action

During industrial action, it’s common for companies to hire private security to run surveillance on what’s happening on the picket line. This has now extended to scanning workers’ social media posts. When you’re on strike, you can still be sacked for breaching company policy, such as using offensive language towards other employees or attacking the company. Using a pseudonym won’t save you either. In one case, a striking member letting off steam under a fake name was identified by the company via their IP address. In general, any commentary about industrial action – even if it’s on social media - should be left to lodge or district officials who can comment on behalf of the union. Everyone loves photos of big diggers and mining machinery, especially when there’s been a bingle. But employers look very darkly at workers taking unauthorised photos on the work site – especially if they find their way into the public through media or social media sites. Photos can get you into trouble for a range of reasons, like if they are perceived by the employer as affecting their reputation, if they show workers (including you) doing the wrong thing, or if they include sensitive information or imagery. If you receive such a photo, don’t share it. Remember, as part of an investigation your employer can request your phone records. Your cool photo of a digger stuck in a ditch might get lots of likes, but as a sackable offence it’s really not worth it.

5.    ‘Vaguebooking’ can get you in trouble too “Can’t believe he did that. I’m spewing” … You know those annoying status updates that suggest something’s up, but you don’t know what it is? That’s a vaguebook and it can get you into trouble too. Even if a post doesn’t mention the workplace or mention any particular individuals, your employer can still make a case that you are referencing work and take disciplinary action.
In one case, a post of an abstract image (of fish!) with a non-specific message was interpreted as a reference to a workplace dispute and resulted in the member being stood down.
Sometimes it’s a very long bow – but there have been multiple cases where an employer has claimed a vague post is about work and the Fair Work Commission has agreed.

•    Don’t denigrate your workmates on social media, it can be seen as bullying.
•    It’s not just your own posts - comments on other people’s posts can get you into trouble too.
•    Remember that ‘closed’ groups are never really private.
•    Deleting a post doesn’t make it disappear forever.
•    It’s better not to list your employer on your social media accounts.

Social media blurs the lines between the public and personal like never before and as platforms evolve, so do the issues and risks that workers face.
Everyone who wants to should be able to enjoy using social media, but we want you to do it safely. The bottom line is that if you wouldn’t say it in front of the boss, don’t say it on social media.