How soon will our jobs be automated? 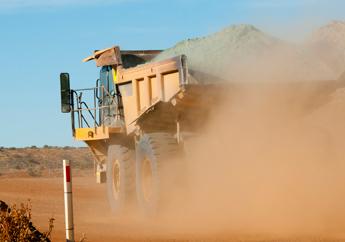 One of my sayings  about my own profession is that most economists are wrong most of the time. And especially with forecasts. So it was with a forecast of mine back in 2000 that the truck fleets of open cut mines would be mostly automated by 2010.

That forecast was way off, but driverless truck fleets are indeed being implemented across the iron ore industry – just a decade later than I thought! Turns out it has been a great deal more difficult to achieve the needed level of safety, and of reliable operation, than anticipated. Rio Tinto is a leader in the field, but they have now spent a decade automating their train operations in the Pilbara and are just now reaching the point of having driverless trains operating with full loads. It’s taken them several more years and several hundred million more dollars than expected.

These automated bits of equipment still need supervising, and that is done from remote operations centre that can be thousands of kilometres from the actual mine. Rio Tino has a big one near Perth airport.

On the east coast, BHP has opened a remote operations centre in Brisbane, and has implemented remote control of coal port, coal washery and pit top monitoring functions. But it hasn’t deployed driverless trucks on coal mining yet, though they are expected.

It was reported in the last week that an Australian company, Resolute Mining, has opened a completely automated / remote controlled underground gold mine in Mali in Africa. But they say they will still employ about 1,500 people.

Back in Australia, the mining companies say they fear shortages of workers. But the shortage they fear is of highly-skilled workers – some university mining degrees have reported an 80% decline in enrolments. Rio Tinto says it is investing $2 million in a Vocational Education and Training initiative that focuses on analytics, robotics and IT.

Trends and issues that make up the jigsaw puzzle include:

Finally, don’t think this is all going to happen quickly. Aside from the need to marshal new investment capital for new technology, when the mine owners are still getting a return on the current investment, the path of new technology never runs smooth. An emerging example is driverless cars on our public roads. It turns out that the artificial intelligence model that is being relied upon for this may be hitting a major hurdle and will take much longer to develop. In simple terms, the AI is able to be trained to recognise many things through deep learning and a technique called “interpolation”, but is much less able to draw on everything it knows to deal with a novel situation – where a “generalisation” skill is required.

This problem explains why automated telephone call centres have not taken off as expected – the computers have been unable to deal with the wide variety of human interaction. You can find more here:
https://www.theverge.com/2018/7/3/17530232/self-driving-ai-winter-full-autonomy-waymo-tesla-uber

This leads me to the view that automation and remote ops are well underway and will increase. But it will take longer than the hype suggests and the NET job loss won’t be large for longer than that.