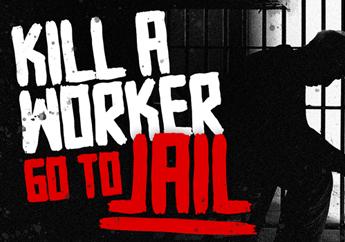 The Miners’ Union has welcomed the introduction of a Bill to Queensland Parliament today to extend industrial manslaughter laws to the state’s mining industry.

The new legislation would create a criminal offence where negligence contributes to the death of a mineworker; and bring mining into line with other industries where individual executives and managers face jail time.

“The industry has fought tooth and nail against being held accountable for worker deaths,” said CFMEU Mining and Energy Queensland President Stephen Smyth.

“I commend the Queensland Government for standing up to pressure from the mining companies and bringing this Bill to parliament.

“Over the past year, we have all been shocked and saddened by the deaths that have occurred in our industry.

“Where worker deaths are caused by negligence, there should be consequences. Mine safety is a multi-dimensional issue, but accountability for individuals in positions of authority is absolutely critical.

“The Union has advocated strongly for industrial manslaughter laws in mining and we’ll continue to fight to improve safety in our industry.”

The CFMEU also supports changes that would require statutory positions in mines to be employed by mining companies, rather than employed as contractors. The critical roles of Deputy and Open Cut Examiner must be directly employed and focus on safety, rather than production, said Mr Smyth.