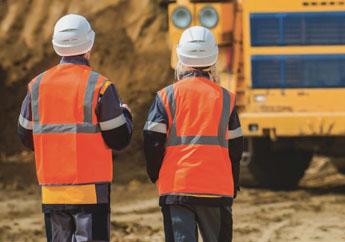 Labor’s plan to ensure new coal mining developments deliver permanent, secure jobs will put mine operators on notice that they can no longer get away with rampant casualisation across the industry, CFMEU Mining and Energy said today.

“Coal mining will continue to be an important part of the Hunter economy into the future,” said Mr Jordan.

“Unfortunately, mining operators have shown that when it comes to employment practices, they will do whatever they can get away with. That’s why we need stronger laws to stem the out-of-control casualisation of mining jobs.

“In our district, there are mines where up to half the workforce is casual and earning significantly less than the permanent workers next to them. It’s wrong.

“We need political representatives that support the coal mining industry and also support the rights and conditions of coal mine workers.” NSW Labor’s 3-point plan to support permanent work in coal mining is backed up by Federal Labor initiatives to address casualisation, including ‘same job same pay’ for labour hire workers and stronger rights to convert to permanency where work is regular and on-going.

On the contrary, the Coalition is only offering casual workers a meaningless ‘right to request’ permanency, with a proposed amendment to the Fair Work Act, said Mr Jordan.

“Casualisation has spread like a cancer through the coal mining industry on the Coalition’s watch.

“All they are proposing is the 'right to request' permanency from the boss. But imagine what happens in the real world when a casual employee actually makes that request. They’re likely to get sacked.

“Matt Canavan and Michael Johnsen should stop trying to pull the wool over the eyes of Hunter mineworkers,” Mr Jordan said.

“The Nationals know full well that this waste of time legislation would change nothing. It’s a meaningless con.”