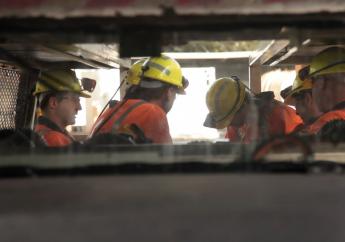 The union representing coal miners has welcomed Labor’s plan to fight back against the dodgy casual labour hire epidemic that has swept across mining communities.

CFMEU Mining and Energy has long campaigned against the pernicious spread of casual labour hire that has eroded stable permanent jobs in the coal mining industry.

“Under the Coalition we have seen thousands of good permanent jobs in mining converted to precarious casual labour hire positions. Many labour hire mineworkers are casual for years on end, being paid much less than permanents. This is wrong.

“Replacing good stable jobs with precarious employment doesn’t just harm individual workers. When people feel insecure in their work they don’t invest in their community and they can’t relax with their loved ones. It’s damaging and there’s no need for it.

“Mining is difficult, arduous work and is nearly always worked on full-time hours with advance rosters. These workers might be deemed as casual by the employer, but they are in reality permanent and should get annual leave, sick leave, and job security.”

Mr Maher said Labor’s policy stood in stark contrast to the ‘solution’ offered by the Coalition.

“The Coalition know this issue bites hard in mining communities, so they confected their ‘right to request permanency’ legislation. But a ‘right to request’ is no right at all, because the boss can just say no. A real right means objective rules get applied.

“Labor will change the definition of casual work so that full-time regular jobs with advance rosters can’t be passed off as casual and ensure the right to request permanency after 12 months is backed up by legal protections,” Mr Maher said.

“The Coalition pretends to love our coal industry, but they don’t give a bugger about the men and women who drive it. For the past six years bosses in the coal industry have known they have the green light to treat their workers like dirt. Labor’s policy shows how things can be different under a different government. Mineworkers tired of dodgy casual labour hire will welcome it.”