Labor puts jobs at the centre of energy policy 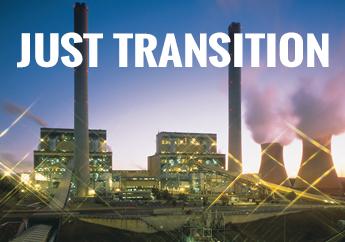 Owners of the 23 coal-fired power stations currently operating in Australia have indicated they will all close by 2050, with no owners having plans to build new ones.

“No-one wants closures, job losses and the decline of industries in regional areas.

“But where there is a clear economic reality to be faced, it is negligent of governments not to plan ahead to protect the interests of affected workers and communities.

“Labor’s policy is a gamechanger. It means that workers affected by closures won’t have to rely on the goodwill of energy companies to do the right thing on jobs. It will be the law that workers are given opportunities to continue in the industry if that’s what they want.”

Central to Labor’s announcement is the establishment of a Just Transition Authority (JTA) to co-ordinate and oversee closures, with input from communities, unions and industry. The JTA would oversee the legislated scheme for pooled redundancy and redeployment opportunities as well as investment in economic diversification in affected regional areas.

‘The Ruhr or Appalachia?’ report released last month by the CFMEU shows that around the world there are a wide range of outcomes following structural economic transition – from entrenched poverty and social dysfunction through to successful transition with decent job opportunities and new industries.

“At the end of the day, energy workers are concerned about their prospects for the rest of their working lives and the economic sustainability of their communities.

“This package will give them confidence that they and their families will have opportunities and support into the future.”

RELATED RESOURCES
The Ruhr or Appalachia? Deciding the future of Australia's coal power workers and communities