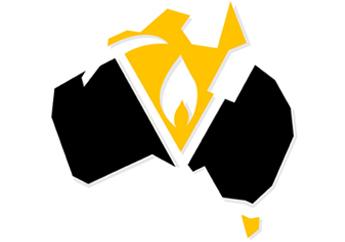 “The Mining and Energy Division will not tolerate breaches of rules and the principle of divisional autonomy. In this case, we support the Manufacturing Division and call for the long-standing status quo on coverage to be respected.

“Responding to pressure by attacking another division of the same union for personal or political reasons is wrong.

"In supporting this motion, we are calling on the Construction and General Division to address this issue and refocus on building a strong and united union.”

After hearing the report to Central Council, this meeting RESOLVES to ENDORSE the actions of the Central Executive in supporting the CFMMEU Manufacturing Division against the unprincipled actions of the Victorian Construction and General (C&G) Branch regarding the historical membership and coverage of their Division.
The Mining & Energy Division DOES NOT SUPPORT the poaching of Members and we DO NOT SUPPORT signing up Members or potential members of other Divisions where established custom and practice has settled potential competing coverage rights issues.
This meeting of Central Council AFFIRMS that the Mining & Energy Division supports the Divisional structure of the CFMMEU as the best way to represent Members in our diverse industries.  We RESPECT the rights of Divisions to deal with matters that affect their Branches, Officials and Members.  We CONDEMN what we see as a clear breach of the Union’s Rules and Divisional autonomy.
We CALL ON the Branches of the C&G Division to RECTIFY the missteps taken by the Victorian C&G Branch and URGE all C&G Branches to refrain from this approach.
This meeting of Central Council REMINDS all Divisions, Branches and Members that our amalgamated Union has a proud history of working together.  We stood, even before we amalgamated in some cases, together:

Together, we are a strong, militant, well-resourced Union, that stands up for our Members, makes a difference in our communities and fights for progressive values.
This meeting of Central Council is also EXTREMELY CONCERNED that our Union cannot function effectively, unless all Divisions respect our shared Rules, the legacy of our founding brothers and sisters (from whichever Division or walk of life they came) and of those that have come since, and we CALL FOR frank, open and honest discussion to overcome our current challenges, because working people need a STRONG and UNITED CFMMEU.
AND for the avoidance of doubt, this meeting of Central Council SUPPORTS WITHOUT RESERVATION the Manufacturing Division and any measures they take in order to enforce the Union’s Rules and Divisional autonomy.