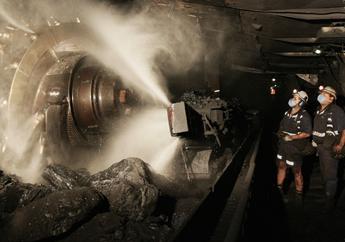 NSW coal jobs data from Coal Services Pty Ltd for February 2019 (the most recent available) shows coal mining jobs have risen to just over 22,000 – the highest level since April 2014. The lowest figure was just under 19,000 in December 2016.

While there were more than 3,130 additional coal mining jobs created between the end of 2016 and the start of 2019 - three quarters of them were employed by contracting companies, not mine operators.

The number of contractors has grown significantly in the two-year period in both underground and open cut coal mines. In open cut, contractors grew from 4,900 to 6,200 – up 27%; and in underground coal mines, contractor numbers have increased from 1,400 to 2,400 – up 71%.

In Northern district open cut mines contractors grew from being 40 to 44% of the workforce between December 2016 and February 2019.

But it is the Southern NSW coalfields where the changing workforce profile has been most dramatic, with the proportion of the coal mining workforce being contractors has almost doubled in just over two years from 21% to 41%. Of a total 2,739 workers in the coal mining industry as at February 2019, 1,114 were contractors – up from 447 of 2,123 workers in December 2016.

Coal Services data doesn’t tell us whether contractor employees are employed as permanents or casuals. Some contracting companies have good agreements with permanent jobs and are contracted to do a specific or specialist task on a mine site.

However, in a drive to cut costs, mining companies are increasingly using contracting firms to provide casual labour hire workers performing the same tasks as permanent, directly employed workers but at lower rates.

“Growth in coal jobs is good news. But that growth should be delivering permanent jobs that support families and sustain communities. Three-quarters of new jobs should be permanent and directly employed with a minority of contractors and labour hire to meet specialist and short-term needs."