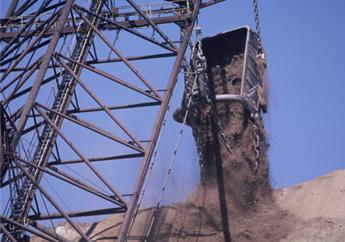 The Queensland Government’s approval of the Olive Downs coal mine in the Bowen Basin will deliver a massive boost to jobs and confidence in regional mining communities, CFMEU Mining and Energy said today.

“Coal miners in Central Queensland will have a spring in their step today knowing that a major new project is coming on line to deliver jobs and economic benefit to the region,” said CFMEU Mining and Energy Queensland President Stephen Smyth.

The new mine is forecast to create 500 jobs during construction and 1000 on-going operational roles. It will produce up to 15 million tonnes of metallurgical coal a year for export. Construction is expected to start next year.

The Queensland Government’s Strong and Sustainable Resources Communities Act means that the jobs will be recruited locally where possible, benefitting Bowen Basin towns including Moranbah, Dysart and Middlemount.

“The Queensland Labor Government should be congratulated for its commitment to delivering investment in major resources projects, while also making sure industry standards are maintained and regional Queensland communities are looked after with local jobs,” said Mr Smyth.

“Mining developments should benefit workers and communities, not just multinationals.

“We want to make sure the new coal mining jobs created at Olive Downs are not casual labour hire, but instead permanent jobs with fair pay and entitlements. To do that, we need to vote for candidates at this weekend’s federal election who will stand up for coal miners’ work rights and fight dodgy labour hire.”