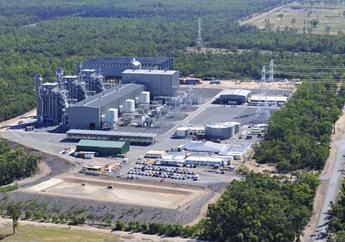 The CFMEU Mining and Energy Division is appalled by the disrespect Origin Energy management has shown Darling Downs Power Station workers by circumventing negotiations and attempting to ram through an unfair enterprise agreement (EA) with a surprise vote.

Origin had requested union proposals in writing and locked in negotiation dates, but then backflipped by forcing an EA out for a surprise vote in early June.

“The concerns that Darling Downs Power Station workers have are completely understandable and reasonable. Yet instead of proper negotiation, Origin Energy management thinks it can sneak through a substandard deal,” Mr Brunker said.

“Morale at Darling Downs has been sapped by a foolish employment model that has left workers burnt out with no work-life balance. Yet instead of sitting down, listening, and working through a solution, Origin Energy thinks it can trick its employees. It’s infuriating, frankly.

“These workers just want to know that when they have a break from work, they can actually exhale. They want to travel to the coast or spend time with their families – not hover within range of the power station in case they get called in.

“Origin Energy could easily forge such a deal. But they seem to think they own their employees, even when they aren’t at work.

“I think workers will see through this dodgy trick, and the EA will be voted down. But this tactic should never have been tried.

“Goodwill between workers and management is a valuable asset for any organisation, and once it’s lost it doesn’t come back quickly.

“Workers are frustrated and work bans remain in place including a limit on generation capacity of the station. The members are considering all options available legally in an attempt to get a circuit breaker for the impasse.”