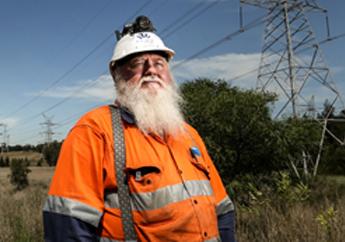 Workers who depend on the coal-fired power industry face a bleak and uncertain future if governments fail to manage the energy transition currently underway, according to a new report commissioned by CFMEU Mining and Energy.

With Australia’s 23 coal-fired power stations forecast by their operators to be closed by 2050, the report argues government should invest in a comprehensive package of measures including an independent statutory Energy Transition Authority to oversee closures and support workers into new jobs and industries.

The Ruhr or Appalachia? report by the Industrial Relations Research Centre at the University of NSW examines case studies from around the world of the successful and unsuccessful management of industry transition.

It illustrates the wide range of potential outcomes Australian energy workers face – from Germany’s Ruhr region where planning and investment in new industries saw a major transition from coal and steel-making with no forced redundancies, to Appalachia in the US where short-term and fragmented responses to coal mine closures has resulted in entrenched poverty and social dysfunction.

The report recommends that instead of leaving decisions around the timing and conditions of closure to the power companies alone, a Federal Government authority should be established to work with all stakeholders well ahead of any closure to manage impacts on affected workers and local communities.

“Coal power workers, communities and regions have contributed enormously to Australia’s prosperity and they should not be abandoned to deal with the fallout of energy transition on their own,” he said.

“Operators have stated their intentions to close power stations. Workers understand that their industry is changing, but they need and deserve support.”

An Energy Transition Authority would help co-ordinate and stagger power station closures and support the transition of workers – whether to other power stations slated for later closure, retraining for other industries or early retirement.

The report also recommends a package of policies to support transition in affected regional communities, including promoting geographical hubs or ‘clusters’ for new high-tech industries and services; and public sector investment in infrastructure projects to generate employment.

Report author Professor Peter Sheldon said there was no ‘one-size-fits-all’ policy solution to support a just transition, but international experience suggested a clear recipe for success.

“The best mechanism for this is a national framework that mandates proper forward planning and implementation. International evidence tells us that such a framework will require active participation from companies, workforce union representation, and government.”

Former Climate Change Minister Greg Combet said that ignoring the challenges associated with transitioning to a low-carbon economy would not make them go away.

“This is especially important for the workers and their families employed in coal fired electricity generation. I hope that this report stimulates some rational discussion of the policies required.”