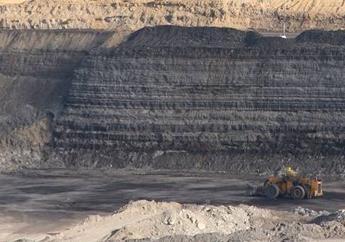 New Hope’s refusal to move to address its toxic and unfair two-tier wage system at its New Acland mine will result in the intervention of Fair Work Australia and a possible protected action ballot, according to CFMEU employee bargaining representatives.

CFMEU Mining and Energy Queensland Vice President Shane Brunker said workers were frustrated at New Hope management, which has split its workforce at New Acland between ‘individual contract’ employees and employees paid under the enterprise agreement.

“You can’t have miners doing the same work, at the same site, getting paid different rates. It’s a fundamental principle,” Mr Brunker said.

“Yet workers’ attempts to fix this situation through negotiation has been met with stalling and distraction.

“Without this pay equalisation we believe New Hope is effectively engaging in wage theft.

“New Hope management was happy to put its loyal and long-serving workers front and centre to lobby the Queensland Government to greenlight expansion plans. But they then turn their backs on those same workers when it comes to fair negotiations.

“There is genuine anxiety and stress among the workforce at New Acland, because of the toxic system management have created.

“The situation is made all the more aggravating when you consider New Hope’s profits were up 96 per cent last year to $361m. And its new corporate structure sees executives paid in the millions.

“We sincerely believe this situation can be simply resolved through negotiation. But if New Hope continues to stall and play games the union will be left with no alternative but to consult with our membership and pursue all options available under the Fair Work Act.”