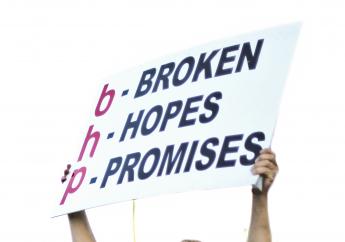 A long-term employee at BHP Coal’s Goonyella Riverside will return to work on Monday after the Fair Work Commission found there was no valid reason for his dismissal in mid-2018.

After 38 years of service at the mine, Gregory Macklin was dismissed in June last year after a disagreement over his obligation as a trainer/assessor to train contractors on the site.

In a decision handed down on Monday, the Fair Work Commission said Mr Macklin’s conduct did not warrant dismissal and that BHP managers had made a series of errors and misjudgments in handling the matter, including unfairly accusing Mr Macklin of lying about his reasons for refusing instructions to assess a contractor.

At the heart of the case is BHP Coal’s heavy use of external labour hire and contractors. In her decision, Commissioner Hunt noted that BHP management had not communicated with workers about a changed arrangement where employees of Downer would be working as part of the crew, leading to a misunderstanding about Mr Macklin’s obligations to provide them with training and assessment. Mr Macklin had not previously been required to assess Downer employees and initially refused. Commissioner Hunt accepted evidence that Downer employees usually worked separately to regular crews on site and were trained and assessed by their own people, unlike employees of labour hire providers such as WorkPac.

CFMEU Mining and Energy Queensland President Stephen Smyth said the decision was an excellent outcome for a loyal employee, but exposed BHP’s ruthless treatment of workers and determination to maintain a divided workforce at its mines.

“BHP’s business model is based on high levels of labour hire and contract workers to divide the workforce and drive down wages and conditions,” said Mr Smyth.

“Unfortunately, we see time and again that BHP management pit permanent and contract employees against each other.

“This pattern will only continue with the establishment of BHP’s new in-house labour provider, Operations Services, which will employ workers on lower pay and worse conditions than permanent employees of BHP Coal.

“There is an easy way to avoid workplace disputes like this one involving Mr Macklin. That is, to have all employees on site covered by the site Enterprise Agreement, with the same pay and conditions of work.”